It has clearly been an extraordinary year for businesses around the world. More than ever, the efforts of your Board were directed towards supporting Group management. Not only did we have the immediate and unusual circumstances of the pandemic to deal with, but we were anxious not to allow these to distract us from our strategic priorities.

I am pleased to say that our results have turned out better than we feared. Dealing with the pandemic, especially at first, put the organisation under severe pressure. I have the highest regard for the adaptability and resourcefulness of our people, whose response has been magnificent.

You may remember that we moved most of our head office functions from Luxembourg to Cologne at the end of 2019. We had not completed the full staffing of the Cologne office when in March, just after the full-year profits announcement, we needed to introduce working from home for all employees whose presence on site was not critical to maintaining a functioning business. Fortunately, we were able to keep very tight control of the business, at least of the matters that were in our own hands. On behalf of the Board, and also personally, I would like to thank all of our colleagues around the world for their hard work and ingenuity during the year.

In responding to the situation, safety was the absolute priority, both for our individual employees and for the business as a whole. In March and April 2020, the public were watching television all day, yet in the interests of safeguarding liquidity, many of our customers cut their advertising spend drastically, and for safety reasons we were obliged to suspend or postpone many of our TV productions. We also had no idea how long this situation would go on, or quite how deep the impact on our business would be. One of the first responses of the management and the Board was to plot forward a number of potential scenarios as to how the pandemic might play out. This helped guide us through our response, and the amount of operational adjustment we had to make. Forecasting under utterly unforeseen circumstances is both absolutely necessary and exceptionally hard.

In the second half of the year, some kind of equilibrium began to be restored as advertising sales stabilised. By the fourth quarter, we were able to take positive encouragement from the speed and extent of the recovery, as advertisers chose to spend their budgets, underlining the value of TV for brand building. It is worth noting that with the exception of our September meeting, when the Board held an in-person gathering, most of our work has been virtual all year, and remains so at the time of writing. It seems quite likely that the Board, in common with management more widely, will continue to carry out some functions virtually in the future.

In April, the Board decided to withdraw its proposal to pay a dividend for 2019, although that had been a very good year for RTL Group. We agreed, given the uncertainties that abounded, that we needed to retain the cash in the business as a security buffer, the preservation of liquidity being an imperative, just as it was in the financial crisis of a decade ago. Though you as shareholders were deprived of a cash payment, the money retained in the business of course still belongs to you, and its retention underpinned the stability of RTL Group.

It is a mark of our confidence in the control of the business that, although the pandemic is not over, on 11 March 2021, the Board proposed that we should return to paying a dividend, of €3.00 per share, both from the profits of current trading and as a result of selling non-core businesses. The disposal of BroadbandTV in Canada was brought to a successful conclusion, and since the year-end we have announced the sale, subject to regulatory approval, of our American ad-tech business SpotX to Magnite, in which we have become a shareholder. SpotX is a terrific business, but we have decided to focus on European rather than North American ad-tech.

These sales represent one of several ways in which we are reshaping and simplifying our portfolio in response to the very considerable challenges facing broadcast media, such as rapid advances in technology and the rise of the global streaming giants. These challenges have not been held at bay by the pandemic. Indeed, if anything, they have been accelerated and magnified by it.

Alongside the divestments have come acquisitions. We have recently announced purchases of shares in Super RTL in Germany, subject to regulatory approval, and in RTL Belgium, in both cases taking our holdings to 100 per cent. The consolidation of positions in national broadcasting markets is something we expect to gather pace over the next few years.

As Thomas Rabe has described, the Group continues to invest energetically in streaming; broadcasting is clearly increasingly shifting towards streaming platforms. Another major growth area is our production business, Fremantle, which suffered badly at first from the social-distancing restrictions that made creating programmes very difficult and, in some cases, impossible. Perhaps especially here the ingenuity with which our people have overcome these obstacles has been impressive. The desire for high-quality product from the broadcasters and streaming platforms has by no means gone away; on the contrary, the market is most definitely there, and we are anxious to invest more in Fremantle and see it grow.

CHANGES TO THE BOARD

This year, as in any year, the Board has advised the Executive Committee regularly, in particular with regard to RTL Group’s strategy. We approved the Group’s budget and regularly reviewed its business and financial performance. There have been, and will be, some changes to the composition of the Board. Bernd Hirsch left Bertelsmann at the end of the year, and his replacement as Bertelsmann CFO, Rolf Hellermann, is returning to the RTL Group Board. Rolf knows us well and we warmly welcome him back. We also welcomed Bettina Wulf from Bertelsmann as a non-executive director. In addition, we are proposing the appointment of a new independent director in April 2021, Danish businesswoman Pernille Erenbjerg.

I thank all my Board colleagues for their advice and patience during an extremely tricky period, in particular Bernd Kundrun and Rolf Schmidt-Holtz, who will be leaving the Board at the Shareholders’ Meeting in April 2021. Both have deep knowledge of the global media industries and have given tremendous service to RTL Group over the years.

Finally, I would like to thank the employees, executives and creatives who have chosen RTL Group as their employer or partner of choice. Your efforts underpin the creative and commercial accomplishments of RTL Group, and I hope we may continue to rely on your contributions to our success as the business evolves in the coming years. 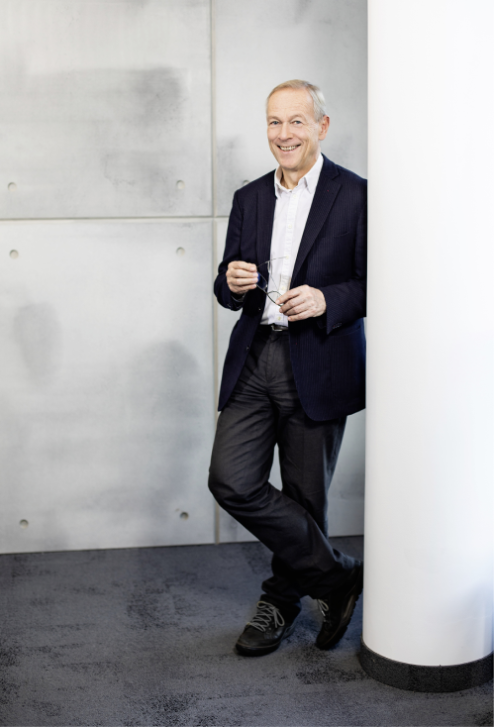 Martin Taylor CHAIRMAN OF THE BOARD OF DIRECTORS